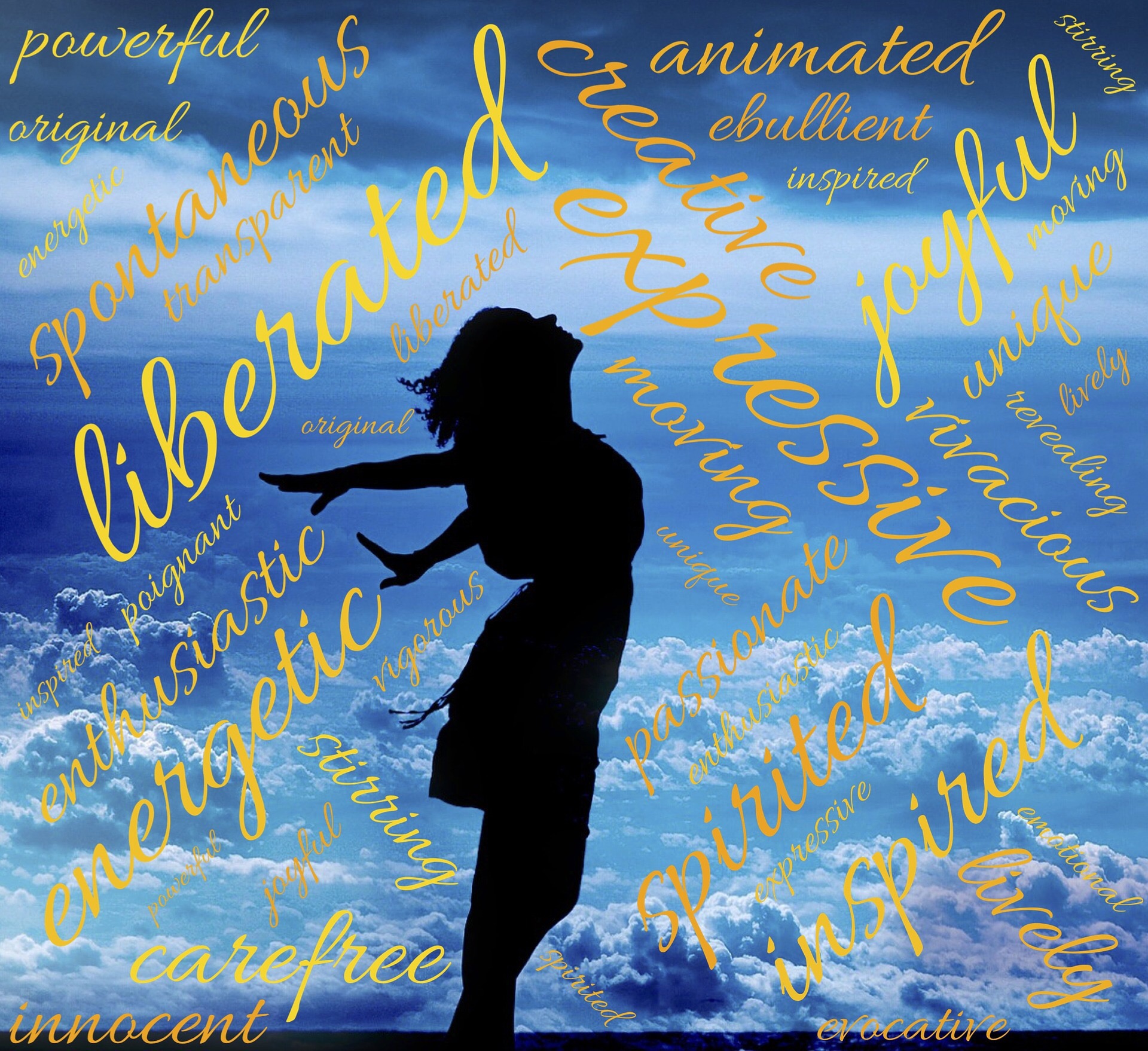 But what I am now I am by the grace of God. The grace he gave me has not proved a barren gift. I have worked harder than any of the others – and yet it was not I but this same grace of God within me.

“Hello, Mother Clark!” I’d say. She’d laugh with such delight as she always did when I called, and she’d say (as she always did), “Ah, Sister Deborah! Daughter, I was just thinking about you!”  She’d barely give me a chance to ask how she was or if she needed anything before she’d go straight prophetic on me, give me a “thus saith the Lord,” pray with me.  I’d hang up, eyes filled with tears and heart filled with gratitude.

I admit I don’t remember a lot of those conversations now. But there are some that I will never forget, for the words lodged deep in my spirit.   They didn’t necessarily take root at the time, but recently those words returned to me to heal, shift my perspective, change me, settle me more deeply, and strengthen my resolve.

I came home from work one afternoon and called Mother Clark to check on her. She began our conversation by telling me about a segment of the Oprah Show about birth order she’d just watched. Then she said, “You are bold, full of dazzle and sparkle! Full of life! Gifted and talented! But you play that down. You hide who you are because you don’t want people to think you’re showing off. You don’t want them to feel bad about themselves. You don’t want to outshine others, so you shrink back from who you really are. God doesn’t want you to do that!”

She was right! At some point in my childhood, I began to play down who I was. I minimized the skills, gifts, and talents that God had given me, never wanting anyone to think I thought I was better than they were, almost apologetic for having what I had, knowing what I knew, and doing well what I did well. Unfortunately, that behavior, which began in childhood, carried over into adulthood and became a form of imprisonment. I cloaked it as “humility” when it was really self-imposed limitations.

That is not the example Christ gave us. Jesus knew exactly who He was. He knew His purpose and destiny on earth and remained unapologetic about who He was and what He was sent to accomplish. He never played it down, went undercover, or lurked in the shadows because someone might get the wrong impression, get offended, feel uncomfortable, or feel bad about themselves.   He knew the power and authority He possessed and unapologetically walked in that power and authority! He unapologetically spoke the truth in love, healed the sick (on the Sabbath, of all days), cast out demons, raised the dead, confronted religious leaders, associated with the pariah of society, loved the unlovable, touched the untouchable.  He went to the cross and unapologetically finished the work His Father called Him to do, and in so doing, not only glorified God, but He was glorified and given a name above every name.

He did it all—humbly and unapologetically!

True humility is not self-abasement or shying away from allowing others to see who we are in Him. Humility flows from knowing who we are (and who we are not), who we are becoming, what we do, what we have, what we know, how we are gifted, and how God chooses to use us are all by His grace—nothing more, nothing less!

When we live as if we need to apologize for who we are, we never fully accomplish what we are placed here to accomplish. We don’t touch all the lives we are called to touch. We don’t have the impact we are positioned to have.  At best, we only partially fulfill the vision God has for our lives!  When we hide behind a veil of false humility, we veil the glory of God within us.  The world is a little less bright, and  God doesn’t get the maximum glory from our lives.

I recently heard a pastor say there is a difference between awareness and arrogance. Being all God created us to be is not arrogance; it is awareness. That awareness always points to and keeps us rooted in  God’s all-sufficient grace that enables and empowers us to be who He created us to be and to do what He called us to do. And if others see it as arrogance, they are unaware of who they are in Christ. Their perception of you or me is not our issue.

I am what I am, created, wired, and equipped as I am by the grace of God, and I will not let that grace be without results! No time to be apologetic!

—Write the books and sing the songs

—Build what He has called me to build

—Lay hands on the sick and know they will recover

—Confront the powers of darkness, knowing they must submit to the authority given me in Jesus’ name

—Be an instrument God uses to transform lives

—Be all He created me to be and finish the work!

—I will show my shine—unapologetically!