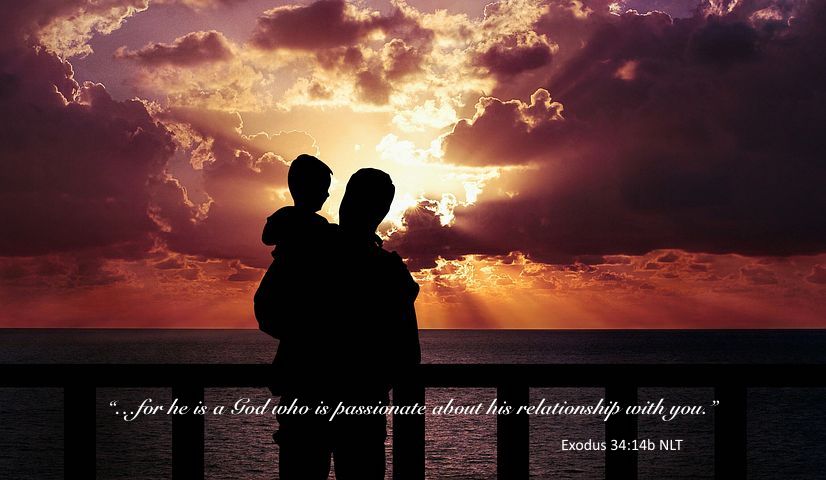 I stood in the hallway as my father took the call.   He sat on the edge of the bed and listened intently, occasionally asking questions.  His baritone voice sounded calm and collected as he said, “Thank you,” and hung up the phone.

Then I saw my father do something I’d rarely seen.  He fell across the bed and sobbed. His only son had died.

My older brother, Phillip, had been born with brain damage.  He was born deaf and with a host of other physical and mental challenges.  My parents had tried to care for him at home as long as possible, but that became too arduous for them both physically and emotionally.  It was taking a toll on their marriage my mother had told me years later. A decision had to be made that my father resisted.  But eventually he conceded, and Phillip was placed in a long-term care facility in Columbus.

I believe until he received that call my father never abandoned hope of his son returning home to him.  Despite the circumstances, there was a place in my father’s heart that Phillip always occupied, a place that only he could occupy. The loss never caused the love to wane; the love remained strong and deep,  wide and long, fierce and unchanging.

Such is a father’s love.

Such is our heavenly Father’s love.  This eternal, unconditional, ever-giving, all-encompassing love that is God is the force behind all He does.  It is a passionate, relentless love.   And it ever calls you and  me into the same love relationship  that the Father enjoys with His Only Begotten Son, Jesus.  It never wanes.  It never withholds.  It’s not withdrawn because we fail to respond or reciprocate.  It never lessens because we fall short.  It ever woos us into that place deep in His heart that only you and I can occupy.   It is ever drawing us, His children, created in His image, bearing His name, His beloved.  It remains strong and deep, wide and long, fierce and unchanging. And He longs for us to know Him and experience this love that passes knowledge in its fullness.  He wants us to live in it, live from it and be transformed by it.

You may not have been as blessed as I was with an earthly father that loved and cared for you in the way God intended fathers to.  Your father may no longer be here with you, and you miss that love only he could give.   This Father’s Day you can rejoice in the love that  flows perpetually from the heart of God.  Embrace it as it embraces you. Allow it to engulf you. Live in it and live from it and allow it to transform you!

“And I pray that he would unveil within you the unlimited riches of his glory and favor until supernatural strength floods your innermost being with his divine might and explosive power.Then, by constantly using your faith, the life of Christ will be released deep inside you, and the resting place of his love will become the very source and root of your life. Then you will be empowered to discover what every holy one experiences—the great magnitude of the astonishing love of Christ in all its dimensions. How deeply intimate and far-reaching is his love! How enduring and inclusive it is! Endless love beyond measurement that transcends our understanding—this extravagant love pours into you until you are filled to overflowing with the fullness of God!”    (Ephesians 3:16-19 The Passion Translation)